What The Heck Is Going On? 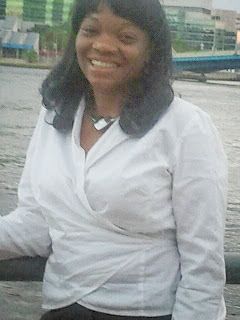 Ok so when we last left off, Diamond and I were headed to my girl Josie’s spot until the New Year or I landed that dream job and could afford my own space. Hmm or so I thought!  But we all know that two women can’t live in the same space for more than 30 days…so anyhoo here’s what happened.
So this snippet of a man I’ll call him Lenny to protect the guilty. Was my car driver and friend he picked me up took me to Josie’s  helped me rent a car with an out of state license which in Georgia for some reason you almost need the state congress to pass an act on your behalf! (OK so who was visiting an acted that big a fool where black folks can’t now rent a car??? Who did it?) O oh yeah where was I … so he rents a car for me in his name and next thing I know Josie is tryna take over!!  She took off in the car making me miss my interview!! Where did she go you ask??? To the all important space of the GYM?! WTH??? I was so pissed but yea free rent …free rent …and after calling Lenny I made it to the airport just fine to catch the next flight to Jacksonville …yep I had what I thought was a lock interview with the 3rd largest supermarket chain in the southeast.
TOUCHDOWN!! I’m in Jacksonville the company that I am interviewing with rented me a drop top Bentley for the day so yea I’m floating thinking  I”VE GOT THIS JOB!  Until the President and Vice President of the company walk out and I can see by the look on his face that he didn’t Google me his self and that the VP and Recruiter forgot to tell him that I was black!  Because even though I was the only person in the waiting room he was looking around as if he expected someone else!  On the inside I was LMAO!! On the outside I was as cool as could be.  The interview was AWESOME! They had me in there for like 4 hours!! We drove over to a few of the stores to meet potential “brand ambassadors”. They then had me swing by a couple of those executive apartment places to “pick out” where I wanted to live I was hecka juiced. So I leave Jacksonville pretty darned excited about my future.
Meanwhile back in Atlanta, Josie has gone through all of my things and a few pairs of my underwear have gone missing. My Doggy Diva is acting strange won’t come out of her crate if you paid her to ! I am like WTH?? Is going on ?

Posted by socialmmmdiva at 4:47 PM No comments:

After the party and the after party I got back to the parents spot just in time to finish packing and put Diamond in her dog crate to make my 11am flight…yep you guessed it my “Boomer” parents got me to SFO with 3 hours to take off!
I’m like WTH?? Because you know if I’da left straight from Sacramento, my Cousin T would have dropped me off with like 45 mins.  to check-in. Anyhoo Daddyo got me, Diamond and all 4 bags securely checked in on AirTran’s & then he made me cry as he squeezed me tightly said I love you and come back to me. Now you have to know the history to know why this impacted me so….but there is not enough space in this blog post for all of that and I don’t feel like cryin right now! Sooo moving on.
There was this lil girl tryna get on my flight, flying stand by however when you do that AirTran’s will not let you check a bag so I helped the lil thang out. What the heck was I thinking that “Act of Kindness” cost me $75! O well it’s gonna bring me good karma later on right?? Right! Wink wink. So Diamond and I head on up to wait for the flight…she had everyone in the waiting area eating out of her hand…playing to the kids and old people…but why was she being a lil hater and barking at every brother that came near me?? Ughh time to board ….see you in a few.
So all excited and bright-eyed Diamond and I land in Hotlanta a real nice southern gentleman helps me with my bags and gets me a car service. I call my girl, my lil sister one of my A.C.E.S and she says, “My bad girl, were you coming today? I got married last night, uh yeah you can’t stay with me!” and hung up! I am like WTH??? Is this real??  Lucky I already knew how flighty this chick was so I had a back –up roommate situation lined up and hopped in the car service off to my new temp home.....O don't think that I just rode off into the sunset all happy and that you're all caught up! I just need a moment to pull myself together and finish the story so ....check back soon for the drama!

Posted by socialmmmdiva at 9:42 PM No comments:

Make that a double & extra sugar on the rim pahuleeze!

Can you believe it?? It’s been 8 months since my last personal post!!

Well if you thought that last week in August was a ride…wait till I tell you about all the crazy foolishness that has happened in this Downsized living on a bottle water budget Diva’s life, the past 8 months!

So when we last chatted I was packing the house with the now insignificant other and preparing to move across the country to Atlanta. When a virtual friend of mine introduced me to an awesome new web-series and my next client! Which as we get caught up you will see was the bright shiny spot in my world next to my son and the new grandson these past few months.

But before we go there let me tell you what a time I had! Dodging the devil and his minions as they tried to keep a Diva from rising!

So as I was saying the crate was packed and I headed to the Bay Area where I stayed with my parents for a few weeks getting caught up and waiting for the money to arrive from my new client. Let me tell you it was like 1983 all over again! Life was good except I still had my 1983 curfew of 12pm…which ironically worked out as I somehow started dating my boyfriend from high school that same year! LOL it was hilarious watching him ask my Dad if he could take me out for each date. After 30 years this man was still intimidated by my Dad and was afraid to shake his hand.

Ok enough about that on to even wakier stuff. So while I was there I had the task of getting my parents up to speed on the new bag of tricks I had added to my list of business services. Trying to get to folks over the age of 65 to believe me when I said that people pay me to manage their facebook & twitter accounts and that I also get paid for designing socially engaging strategies for facebook, twitter and text messaging was not easy but after they watched the number of tweets go by during the twitter party for the web-series they soon became believers. But Baby Boomers are fickle people so they believe one day and ask, So are any major corporations hiring for this skill set?” tomorrow!After a few weeks of  badgering from the parents about not taking the "regular jobs" the AT&T/ PG&E recruiters have been calling with and getting put on restriction for coming in after midnight!?! Yep you read that right.

FINALLY I receive the funds from my client and venture on to my final destination of Hotlanta to get ready for my “Sex In The City” in the South” new life!  Well after attending a few going away parties in the Bay first anyway….or so I think!


Posted by socialmmmdiva at 3:20 PM No comments: